Adjectives in Inuktut consist of a root and an ending. 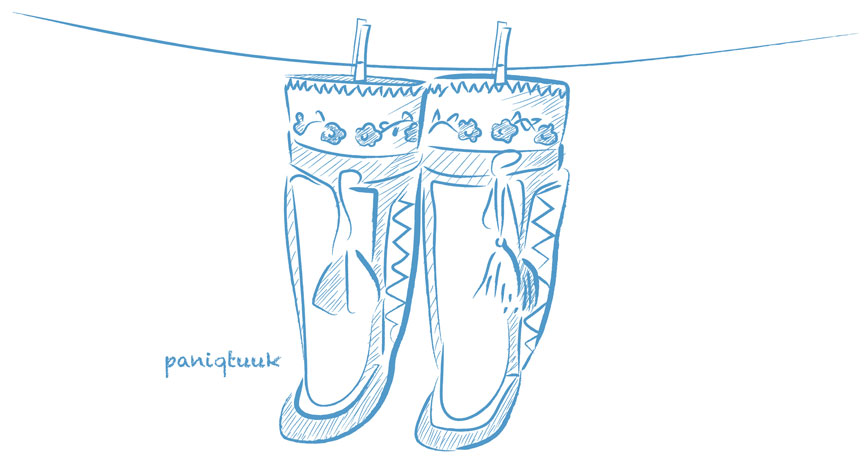 Endings for adjectives have a singular, dual and plural form and they change the first letter depending on whether the root they are added to ends in a vowel or a consonant.

Adjectives can be used as a statement about someone or something:

Or, they can modify another noun in the sentence:

Adjectives often behave like nouns and are followed by noun endings:

-mit / -nit are used in comparing people or objects, similar to the word “than” in English:

To indicate that two people or objects have similar qualities, one uses the affix -tigi-.

The affix -tigi- should always be attached to the describing word and not to the question word qanuq:

The ending -lliqpaaq- is also used to describe the order of things or the position:

All of the above words can be followed by -u- (or -ngu- after a double vowel) in order to express them as verbs:

Jordin Tootoo sivulliqpaangulluni Nunavummiunit niuruaqtaulauqtuq Haakiqtirjuarnut.
Jordin Tootoo was the the first from Nunavut to be drafted by the NHL.

Tanna kingulliqpaangulauqtuq.
That was the last one.