Noun endings can be organized into different categories depending on how a noun is used in a sentence.

A noun can be used in its most basic form when it is the subject of the sentence. The subject is the person(s) or thing(s) that performs the action that is described. 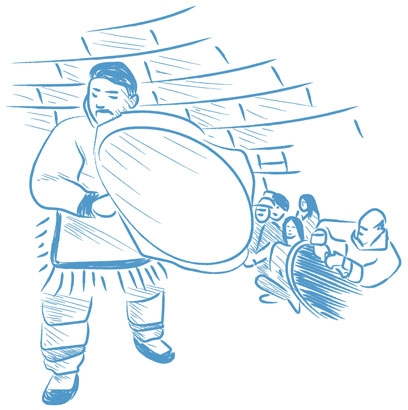 A noun indicating a possessor (someone who owns or has a relation with another noun) may take the ending -up or related endings:

In some dialects, the -up ending may be shortened to -p.

This happens in all dialects when the ending follows two vowels:

-up is only added when the possessor is singular:

The -up ending is also used for the subject of a double person verb:

In Inuktut, we can mark the object of a verb (the person or thing that undergoes the action) by adding the ending -mik to a noun if it is singular, or -nik if it is dual or plural: 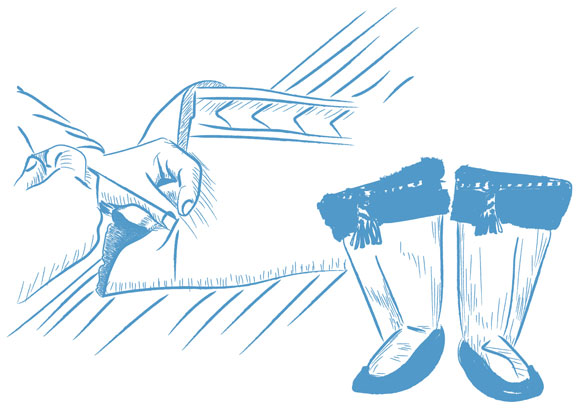 This group of endings is also used with words that describe or modify the object:

This group of endings can also be used to describe the materials with which something is made:

Saunirmik panalik.
He has a snow knife made of bone.

Nouns can be used to describe where someone is, or where they are coming from or going to. In this case the noun in the sentence that describes a location takes an ending. These endings, too, have a singular form and a dual/plural form:

through / by way of

These endings are used when a noun is a physical path to something or a means of moving from one place to another.

The endings in this category are used to convey the idea of similarity to something else.

Sivulittitut pinasuaqtugut.
We are trying to do things like our ancestors.

Taututtiaruniiliqtuq ataatattiamitut.
He is losing his sight, like his grandfather.